Male Pelvic Floor Therapy: What To Expect on Your First Visit 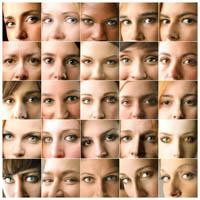 Actual Testimonials From Our Valued Clients

We are honored to have worked with so many wonderful women, and to have helped them overcome their issues with caring, personalized care. We value our relationships with every one of them, and we are thankful for their kind words about what we do. Read what they have to say, and know that we can do the same for you should you require our services.

"I just can't say enough. Heather is a wonderful Therapist,Business Owner and Human being! 5 STARS. I feel so many times better since initially meeting with her and now have a strong belief in this treatment, not to mention a huge improvement in my condition. Laureen is an outstanding therapist that also deserves every compliment and gratitude. 5 STARS. So I guess this is a 10 STAR review :)"

"At age 66 I suffered a non-debilitating stroke. It did, however, force to discontinue the small dose of estrogen that I was taking. That change had an immediate and life-changing effect on me. Intercourse with my sweet husband of almost 50 years was so painful and so difficult that it became no longer tolerable. I tried a series of laser treatments that were not helpful and my husband and I decided to give up; That decision was psychologically devastating.

At the age of 69 it was suggested I try Fusion Wellness (DBA Femina PT) for physical therapy. I was skeptical and my husband was cautiously optimistic. I worked with Laureen McVicker PT, CLT for five sessions. I religiously did the daily exercises at home. She was caring and concerned and most importantly, positive that we could work together and solve the problem.

After those 5 sessions my body had relaxed to such a state that intercourse was no longer painful or difficult. It worked!! My husband sent Laureen flowers and we are both thrilled with the results."

I started seeing Heather in October 2014. For more than two years, I had been suffering from painful urinary tract infection type symptoms after my bartholins gland surgery which included constant burning and urinary frequency sensation that led to more and more painful intercourse.  I had made multiple visits to internist, obgyn and urologist's offices, went through a range of treatment with UTI and bladder frequency medication that included antibiotics, vesicare, estrogen cream, but nothing worked.

"I had a severe tear during childbirth that was not stitched together correctly and therefore healed poorly. Even after having a surgery a year later to remove the scar tissue, I was still having pain, and no one could explain why -- there was no overt 'reason' to explain the pain. I had tried other 'specialists' and even saw another physical therapist who had me do hip / leg stretches -- what a joke! I was about to give up and just 'live with it' until thankfully I kept searching online and found Heather.

Heather has affected my life in the MOST POSITIVE way and I am forever grateful.  My husband refers to her as the "sex doctor" so you can only imagine how happy he is with my therapy outcome.

After the birth of my son I suffered from "Vaginismus", however, at the time I just thought I was broken. My "broken vagina" affected me physically but it was an emotional struggle as well. Many women in my life also suffered with pain from sex after their babies were born so I knew I wasn't alone.  They told me they "just got used to it" but I couldn't see myself living that way.

"I was hopeful but frankly skeptical when the doctor treating me for Interstitial Cystitis recommended that I go to Heather for physical therapy. Medication and diet helped control my IC symptoms, but I had never heard of physical therapy being used to treat IC. The education and treatment I received from Heather was a revelation. She explained that the pain I experienced with IC had helped create a cycle of muscle guarding which affected the entire pelvic area. I had no idea of the amount of tension being held there. No wonder my husband and I had not been able to have sexual intercourse for years!