Services and Treatments We Offer for Orthopaedic Issues 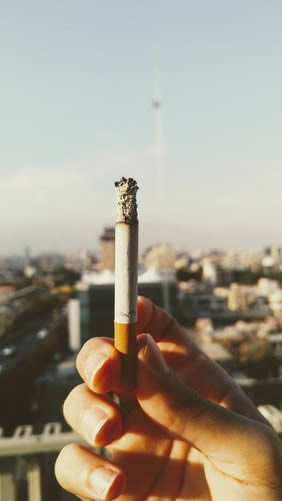 Doctors have known for decades that smoking affects lung and heart health, greatly increasing risk of both lung cancer and heart disease. In recent research, they have been finding that smoking increases risk to various urologic diseases as well.

Although the cause of prostate cancer is not clear, some researchers believe it may be due to various factors including genetics, diet, inflammation, infectious agents, hormonal imbalance, or exposure to toxins like cigarette smoke (Dwivedi, 2012). A 2012 study by Dwivedi found that smoking increased

inflammation in the prostate, increasing cancer risk and also making the disease more aggressive. The Johns Hopkins Medical center published in 2003 that cigarette smoking causes oxidative damage that could make prostate cancer worse for men who smoke vs. non smokers.

Smoking tobacco is a risk in the development of cancer in the kidneys and ureters. A 2011 study in the UK estimated that 29% of cases in men and 15% in women were associated with or caused by smoking (Parkin, 2011). Kidney cancer risk also increases with the number of cigarettes you smoke a day as well as the amount of time you’ve been smoking. The risk of kidney cancer is 60% to 100% higher in the patients smoking 20 or more cigarettes daily compared with nonsmokers (Parkin, 2011). Fortunately in the same study, they found that quitting smoking, especially quitting for over 10 years had a measurable decrease in cancer risk.

Smoking negatively affects your body’s vascular system and is tied to erectile dysfunction, since the penis relies on blood flow to reach full erection. The Olmsted County Study of Urinary Symptoms (Jacobsen, 1993) found that smokers had an increased incidence of erectile dysfunction vs nonsmokers, especially for men between the ages 40 and 79.

A 2013 study by Tamadon showed that smoking increased the risk of stone formation; 26.5% of the patients with stones were cigarette smokers, and only 14.9% in the control group were smokers. This shows a possible link between smoking and risk of kidney stone formation.

The nicotine in tobacco has been shown to irritate the muscle that controls the bladder (Wyman, Burgio, & Newman, 2009). Smokers are also likely to have a chronic cough which can create more pressure on the bladder and pelvic floor.

Studies have shown smoking negatively affecting fertility in both men and women.
Soares (2008) found that compounds in tobacco disrupt the maturation of ovarian follicles as well as the uterine receptiveness to implantation. During pregnancy, smoking has been linked fetal growth retardation, fetal death, premature delivery, lactation problems, and long-term effects on the child (Mobley, 2015).

Tobacco can aggravate symptoms of Interstitial cystitis (IC) which includes painful bladder, increased urgency and frequency of urination, and pelvic pain. An Austrian study of 981 subjects, found that smokers with IC had the highest prevalence of more severe symptoms. Both the National Kidney Foundation and the International Urogynecological Association recommend quitting smoking for those with IC.

How to Stop Smoking

For more information on smoking cessation check out the following online resource in addition to consulting with your doctor:

**This information is for educational purposes only and is not intended to replace the advice of your doctor.